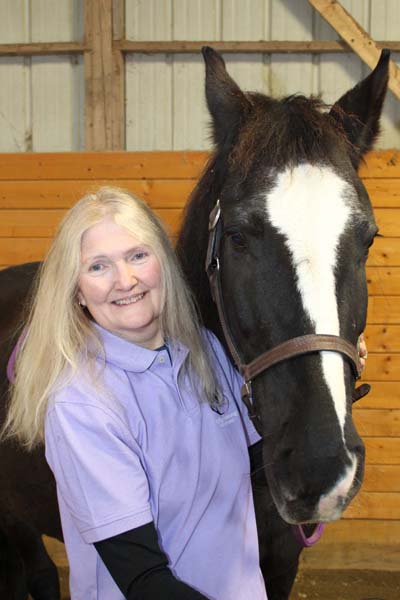 During an interaction of her bold spirited Arabian mare and her wheelchair bound nephew Maureen witnessed the healing innateness of horses as her mare became the most gentle, docile and willing creature just for him. The joy and wonder on his face was something to behold. It was many years later that she discovered PATH International (2014) and became certified as an Equine Specialist in Mental Health and Learning (ESMHL) in 2016 which allows her to utilize her knowledge of horses to naturally partner with the heart of the horse to benefit others.

Maureen's journey with horses started as a toddler. For the first few years while the fair was in town her very tolerant father daily after work would take her over to ride the ponies. Then they moved….and Santa brought a Shetland pony and the rest is history!  The adventures they had taught her a natural way of interacting with horses.

While most people only knew of John Lyons in 1995 Maureen discovered Pat Parelli and Parelli Natural Horsemanship (PNH) at a Dr. Robert M. Miller, DVM seminar. With her first Arabian mare and PNH she started on the journey of Love, Language and Leadership (in equal doses) thus adding to the knowledge/skills her Shetland pony first taught her.

Maureen continues to attend clinics and seminars with various clinicians/presenters to expand on her horsemanship and to maintain her ESMHL certification. 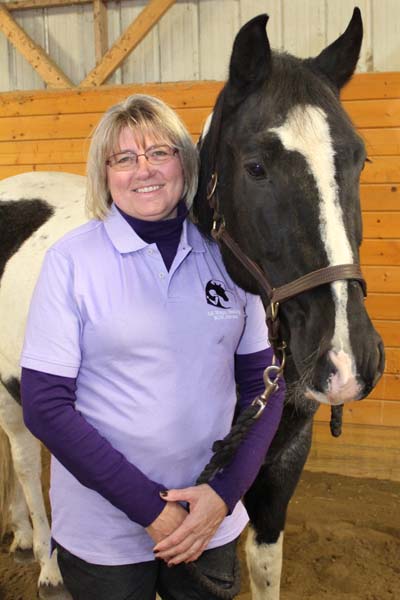 Teresa had a huge fear of horses until about 2006 when she took her first riding lesson.  She rode consistently for a year and was given her first horse as a Mother’s Day gift.  Her second horse was supposed to be her Dad’s horse but he didn’t want to commit to full ownership so they went in as partners on him.  She was lucky to be able to board them at the same stable where she was taking lessons.  During that time she was exposed to therapeutic riding lessons and was able to see first hand the impact horses have on all individuals.

In 2012 the Stable went up for sale and Teresa purchased it with the goal to someday offer Equine Assisted Therapy programs.  In 2014 she started on the path to find a certification program, through that process she found the perfect fit for her and the Stable.  In 2016 she was in one of the first groups to be certified through Path International in their new Equine Specialist In Mental Health and Learning program. It fit her and her belief that a horse does not need to be ridden to have a profound affect on a person’s overall health and well-being.

The education process Teresa has been exposed to during this time is phenomenal. She has traveled to and hosted countless clinics to expand her knowledge in all areas of horses and humans.

Teresa can’t wait to share her stable, horses and knowledge as  they strive to enrich the lives of individuals one hoof beat at time. 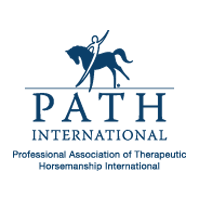